If you love the best-quality theatrical productions, then you can’t lose-out when The Book of Mormon brings their unsurpassed talent and one-of-a-kind authenticity back to New York City, New York to appear live on the incredible Eugene O'Neill Theatre stage. The Book of Mormon follows the story of two missionaries who are sent from Salt Lake City to educate in a remote Ugandan village. Written by Stone, Parker and Avenue Q's co-creator Robert Lopez, the performance is directed by Parker and Casey Nicholaw. The Broadway performance won nine Tony awards last year! So if you want the very best in musical theatre, then you want to visit the Eugene O'Neill Theatre for their latest show, the Grammy Award Winning, The Book of Mormon, live! Click the Buy Tickets button below and get yourself the best seats in the house for this event!

Many critics wondered if South Park co-creators Matt Stone and Trey Parker could write an incredible musical performance with their latest work “The Book of Mormon”. If the universal acclaim from critics and audiences has anything to say about it, then this production has more than earned its place as a breathtaking and hilarious American classic.

Critics agree that The Book of Mormon is breathtaking and truly funny, even while being one of the filthiest and most offensive productions on Broadway. But despite this fame, the play is still seen as a worthy production that can stand alongside classics such as The King and I or The Sound of Music. The New York Post even says that audience members were crying from laughing so hard and long during the production, while The Daily Show’s John Stewart could only shower the creators with praise for their production. 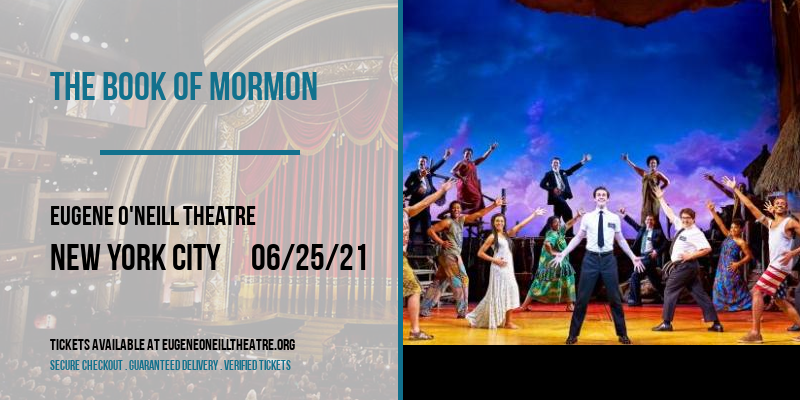