The curtains fall and the lights shine down on what will be the best theatrical show you can catch this July when The Book of Mormon comes to the iconic Eugene O'Neill Theatre stage on Wednesday 21st July 2021. The Book of Mormon follows the story of two missionaries who are sent from Salt Lake City to educate in a remote Ugandan village. Written by Stone, Parker and Avenue Q's co-creator Robert Lopez, the musical is directed by Parker and Casey Nicholaw. The Broadway show won nine Tony awards last year. So if you want the very best in musical theatre, then you want to visit the Eugene O'Neill Theatre for their latest show, the Grammy Award Winning, The Book of Mormon, live! To order your tickets here, click the Buy Tickets button below!

The surprising comic geniuses tell a story of two Latter-Day Saints missionaries who are on a mission to spread the word of the Church of Jesus Christ of Latter-Day Saints to a remote Ugandan village. But what they find is a remote world that is less concerned with faith and more concerned with HIV/AIDS, Female Genital Mutilation, and village warlords. From the very first song, “Hello!”, audiences are brought into a world with a lot of heart that shows that even in the middle of the absurd, you can find a well of compassion.

This is your only opportunity to watch the incredible Book of Mormon live at the Eugene O'Neill Theatre in New York City, New York on Wednesday 21st July 2021! 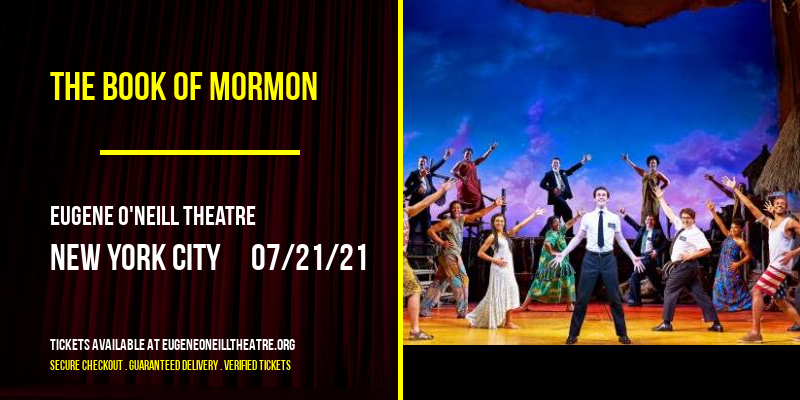