No visit to New York City is complete without visiting the Eugene O'Neill Theatre, especially on Tuesday 13th July 2021 when The Book of Mormon hits the stage. The Book of Mormon follows the story of two missionaries who are sent from Salt Lake City to preach in a remote Ugandan village. Written by Stone, Parker and Avenue Q's co-creator Robert Lopez, the performance is directed by Parker and Casey Nicholaw. The Broadway performance won nine Tony awards last year! The only theater in New York City that is absolutely ideal for the iconic Book of Mormon, and you will see why when you join fans this Tuesday.

If you want to see this award-winning and universally acclaimed production for yourself, then catch The Book of Mormon live at the illustrious Eugene O'Neill Theatre in New York City, New York on Tuesday 13th July 2021! 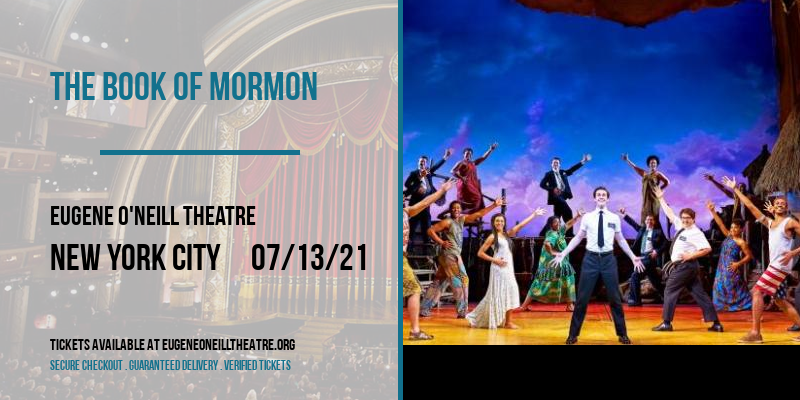