The Book of Mormon is coming to New York City to grace the Eugene O'Neill Theatre stage with their multiple award winning showstopper. The Book of Mormon follows the story of two missionaries who are sent from Salt Lake City to preach in a remote Ugandan village. Written by Stone, Parker and Avenue Q's co-creator Robert Lopez, the musical is directed by Parker and Casey Nicholaw. The Broadway show won nine Tony awards last year! Get ready to see The Book of Mormon live in theater and get your tickets now!

The famous fathers of South Park said that the story of the musical came about from their backgrounds growing up in Colorado where they became intimately familiar with The Church of Jesus Christ of Latter-Day Saints and its members. They used their knowledge as well as their famous skill at weaving social commentary, comedy, and satire into a story that lampoons the feel-good inspirational musical formula while still staying true to its roots and origins.

This is your only opportunity to see the incredible Book of Mormon live at the Eugene O'Neill Theatre in New York City, New York on Thursday 1st July 2021! 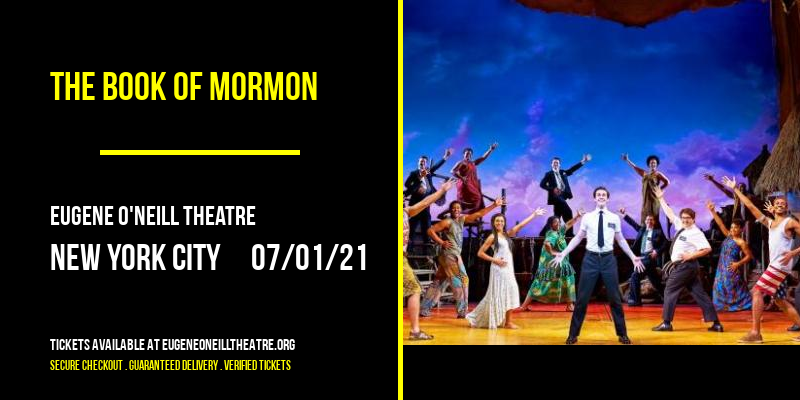