If you adore the theatre and similar productions then you simply must come to New York City on Wednesday 16th June 2021 to witness this the top Wednesday evening of high quality theatre entertainment when The Book of Mormon arrives to deliver their excellent Musical. The Book of Mormon follows two Mormon missionaries, Kevin Price and Arnold Cunningham, who get sent to a remote village in Uganda to spread the word of The Church of Jesus Christ of Latter-day Saints. The two youthful Mormons find their mission rather difficult, however, as the villagers are more concerned about the various pressing issues they face, including famine, AIDS, and oppression. You’ll have to see for yourself whether Elder Price and Elder Cunningham's mission proves successful.Get your ticket now by hitting that Buy Tickets button.

This is your best chance to experience the incredible Book of Mormon live at the Eugene O'Neill Theatre in New York City, New York on Wednesday 16th June 2021! 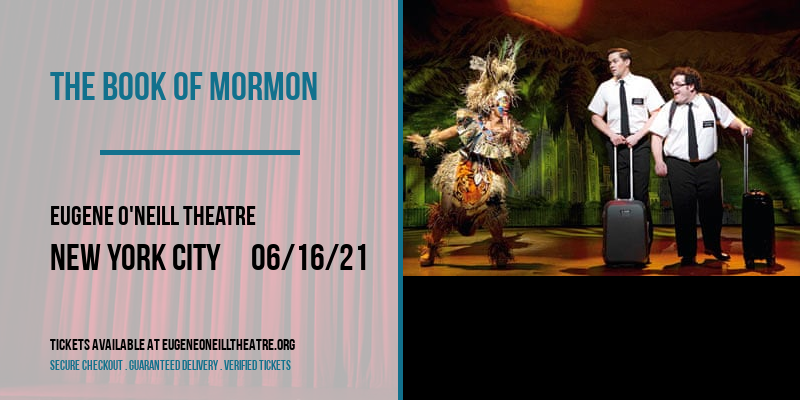